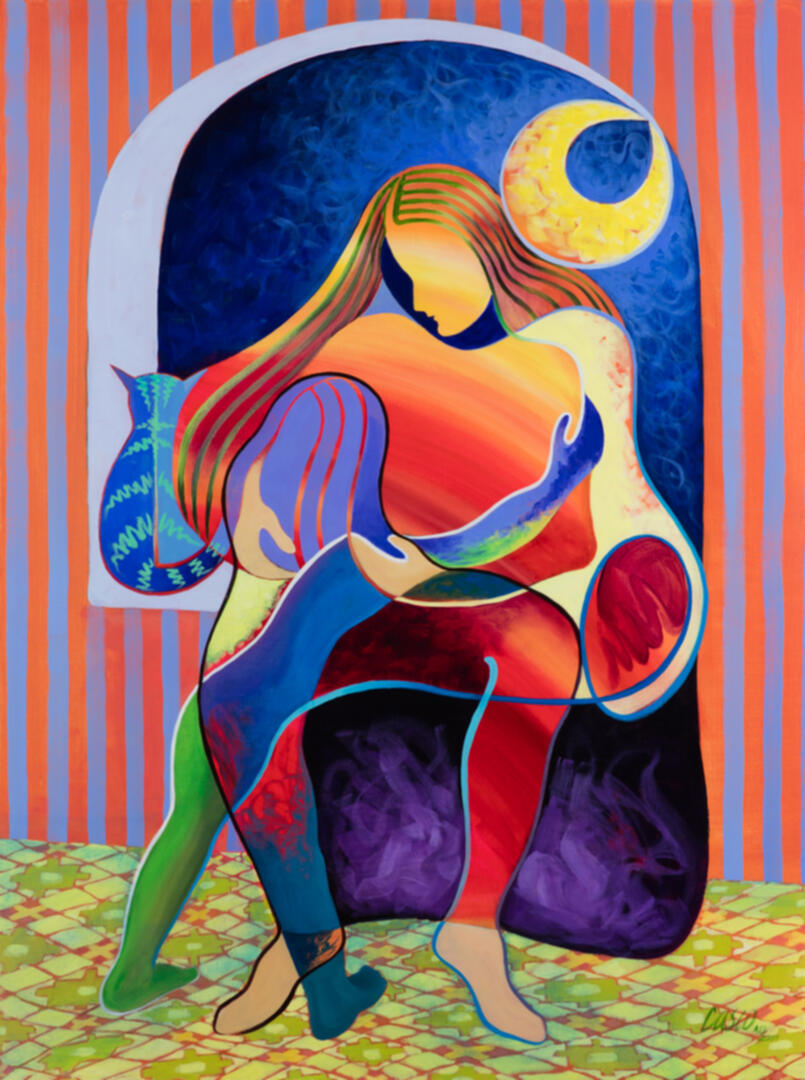 As a child in Paraguay, Rosana Casco developed a passion for art at an early age, influenced by a multi-cultural family of artists, architects and musicians. Her formal training began under the tutelage of internationally renowned artist and professor Livio Abramo, who taught how art could be used to bring value and meaning to everyday life, revealing the rhythm of color and pattern, the dance between the paintbrush and canvas. Her early work was roughly figurative. It was organic and full of abstract life and motion that suspended ordinary movements in time and place.

Rosana states, “When I first moved to the United States from Paraguay, my work was lost as I tried to adapt to what was popular in the culture around me. But the work was heavy, rooted to a form and place that was foreign to me. With time I returned to my early use of lines, innate forms that are abstractions from the larger world around me. I found that I could connect the lines at a basic level, organizing color and motion.

“My work reflects the fact that art is not really about any one thing; it is a symbol for something else. It is a narrative that finds its own identity by what is originally brought to the painting. It extends the spiritual exploration of how life is meditation, a reflection of that which is at times transparent, at times open-ended, and ultimately connects the viewer to my art. Color in Motion is a celebration of how all in life is connected.”